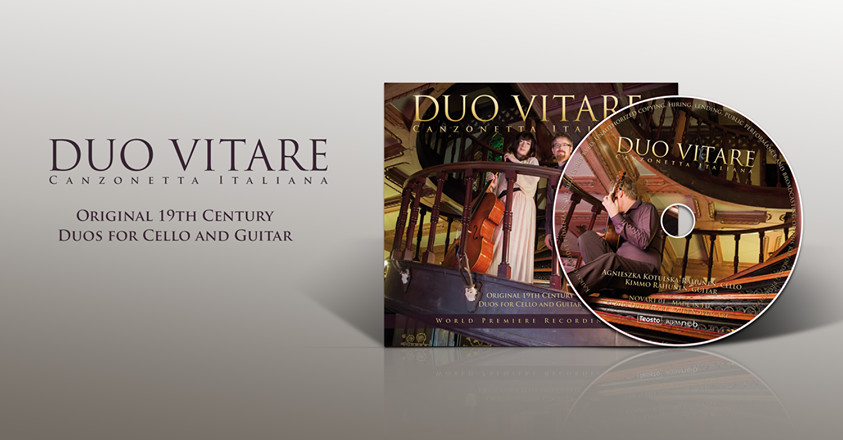 In 2012 we heard about a newly found collection of original duos for cello and guitar dating from around 1850. The manuscripts of three original pieces was found in a private collection in Austria. The editor of the scores, guitarist Stefan Hackl, writes in the introduction to the Potpourri concertant : “I found this piece in a manuscript dating from 1850 which contained three pieces for guitar and violoncello: one Potpourri and two set of variations. The Potpourri concertant and the variations on a theme from Weber's Freischütz have no indication about the author or the copyist, the variations on an Italian canzonetta are attributed to “Merz”. This might be J.K. Mertz, but it does not really match his style. There are only few composers and guitarists from the 19th century capable of writing in this distuinguished way. The beginning of the Potpourri suggests Legnani – No. 9 of his caprices from op. 20. The rest also sound like Legnani, in his virtuoso and operatic idiom.”

As a cello guitar duo we have we have so far concentrated on 20th century music, because we always thought that there are just few odd original 19th century compositions for cello and guitar, like Serenades by Leonard de Call, a Divertimento by Bernard Romberg or Potpourri by J.J.F. Dotzauer. After we played first time in 2012 these “Legnani” pieces we got so inspired that we spend last two years searching other forgotten 19th century pieces for this unique duo. This CD is conclusion of our explore and we are quite sure that it won't be the last one. There might be a plenty of wonderful music to be still discovered.

Save this product for later
Display prices in: EUR